2. Dynamics and characteristics of the water masses in the study areas
The hydrographic study includes acquiring knowledge of the topographic effects produced by the continental shelf and the slope over the general current dynamics, which are predominantly W-E directed (Christmas current, slope current, Mediterranean water vein, etc) and whose flux alterations may generate vertical transport phenomena and a mixture of the previously described water masses, hence conditioning the productivity of the area and its surroundings. Since this project is aimed at the benthic ecosystem, we will focus on the characteristics of the water which is close to the sea bed (Benthic Boundary Layer) as determinant of the communities inhabiting these areas and possible cause of their variability. 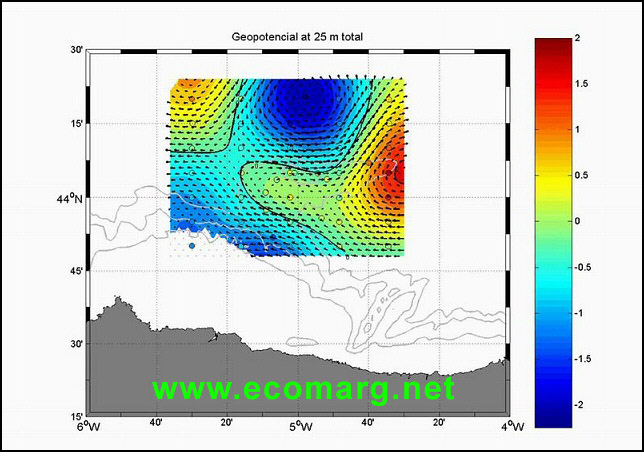