The main working field of the ECOMARG research team is the northern shelf of the Iberian Peninsula. Its special characteristics, with high values of primary production and consequently important fisheries, are a priority scenary for the research lines of the projects. In particular, the continental margin of the Cantabrian Sea presents a set of physiographic and geomorphologic distinctive features that provide it with high biodiversity indices. Namely, it has a very narrow continental shelf (20-40 Km), a steep slope (10-12% inclination), extremely narrow and tight submarine canyons which are often arranged obliquely to the general direction of the margin (Avilés, Lastres and Llanes canyons) and marginal shelves (Le Danois Bank, Santander and Ortegal promontories).

1. Le Danois Bank (El Cachucho)
As a result of his investigations on board of the oceanographic vessel Président Thédore Tissier between 1934 and 1939, the French researcher Edouard Le Danois discovered the Bank now bearing his name to the scientific community. Since then, the Le Danois Bank, locally known as 'El Cachucho' fishing ground, has remained virtually unexplored, in spite of belonging to the Exclusive Economical Spanish Zone, being located at only 30 miles off the Asturian coast and of the fact that it is subjected to important fishing activities. Its origin is related to compressive processes, which caused imbricated overthrusts which in turn produced the rising of the Le Danois Bank, during the Paleogene (Low Tertiary). It is located in the Cantabrian Sea (North of Spain, 5ºW longitude), and has an elongated E-W disposition, with depths on the plain ranging between 450 and 600 m. 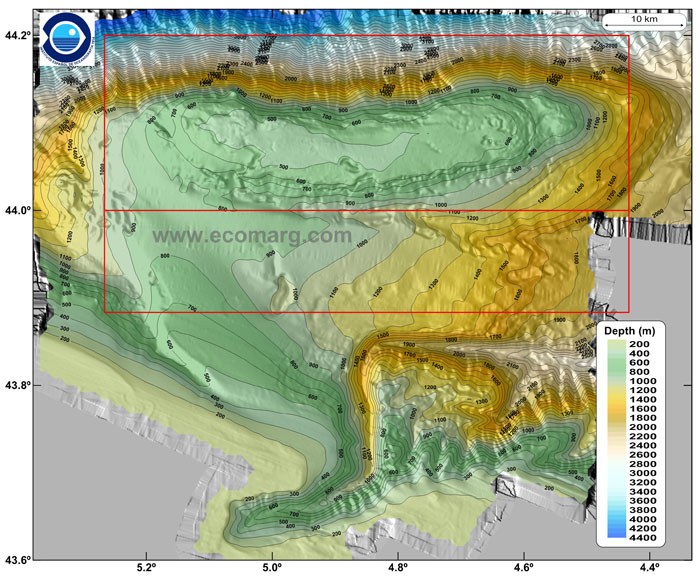 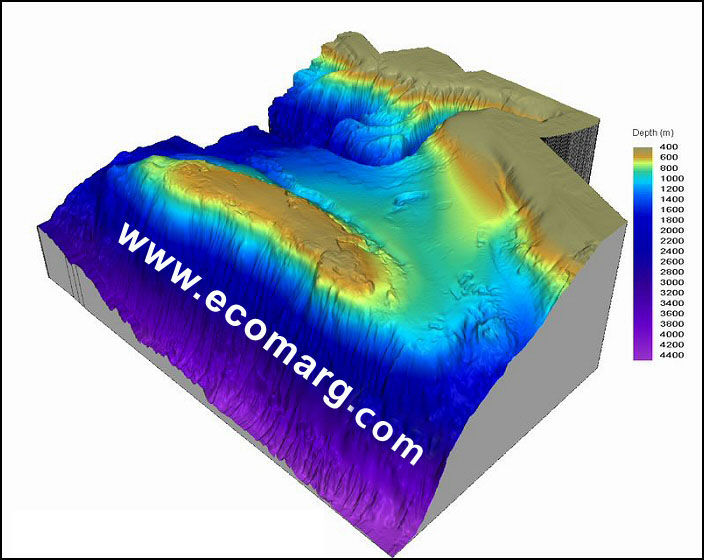 Digital model of the Le Danois Bank landscape from a NW view.

The ECOMARG project is achieving important results regarding the geomorphology and physiography of the Le Danois Bank and its adjacent areas, obtaining a detailed cartography of the area, digital terrain models, seismic reflection profiles, etc. The bank presents a noticeable dissymmetry of its Northern and Southern flanks. The Northern façade shows a pronounced slope (the steepest in the Northern Atlantic), which goes from 500 m at the top to more than 4000 m in the abyssal plain, which lies only 5 miles north of it. Its southern façade is softly linked to the inner Asturian basin through a saddle threshold, with depths that exceed 850 m. The general appearance of the top of the bank is a subhorizontal plain with local irregularities, presenting two geomorphologic groups: one with a clear irregular morphology and slight sediment coverage, and another having a more homogeneous appearance, corresponding with typical sedimentary bottoms. 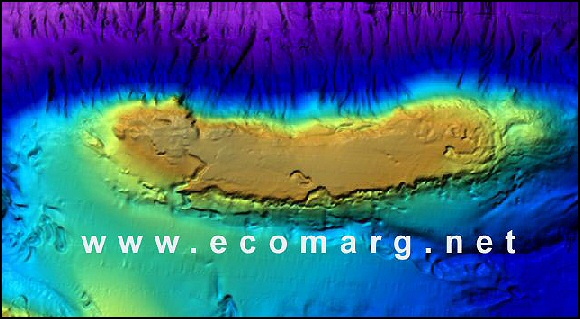 2. Cantabrian Sea Central Shelf
The part of the shelf under study, located facing the village of Llanes, is delimited by two important submarine canyons; the Lastres one to the northwest and the Llanes one to the southeast. These canyons, which are controlled by faults, are the main elements of sediment transference from the continent to the continental shelf and to the deep basins, especially during the Quaternary glacial periods. They are also probably responsible for the slight sediment covering of the area, since they are an important drain of the sediment flowing from the shelf to the great bottoms. In this area of the shelf there are outcrops of Cretacean materials from the inner shelf, which give way to tertiary materials in the middle shelf, and local Cretacean outcrops as the anticline located in the northern margin of the Lastres Canyon. 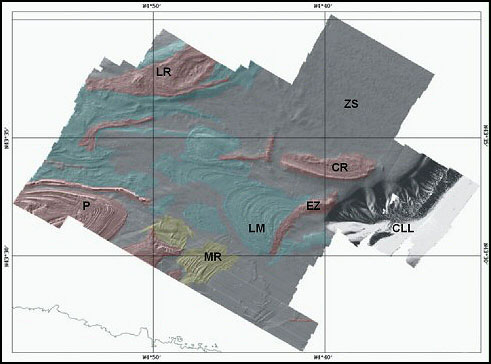 Digital model of the central continental shelf of the Cantabrian Sea.

The geomorphology of this area of the shelf, studied by the ECOMARG project, is represented in the Digital Terrain Model (DTM), and corresponds to a surface of 616 km2. The shelf shows the existence of four main geomorphologic groups: 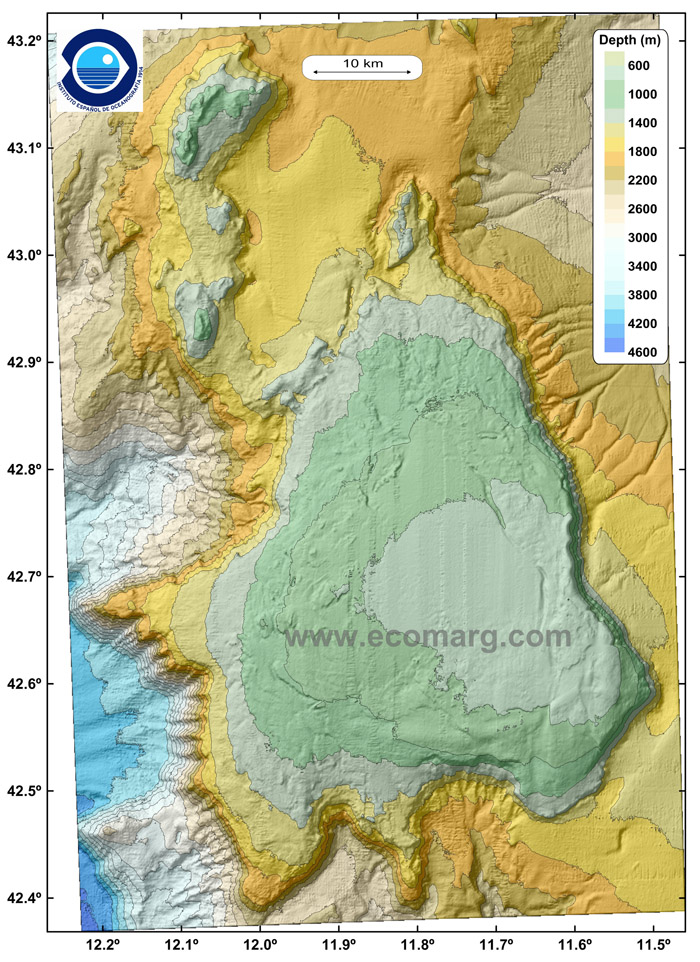